Top 10 Gurudwara you must visit in India

India is famous for diverse culture and religion Hindu temple Mosque, Church and as well Gurdwara is the place of worship for Sikhs, There are thousands of Gurdwaras throughout India out of them Panj Takht are 5 important Gurudwaras of Sikhism in India. 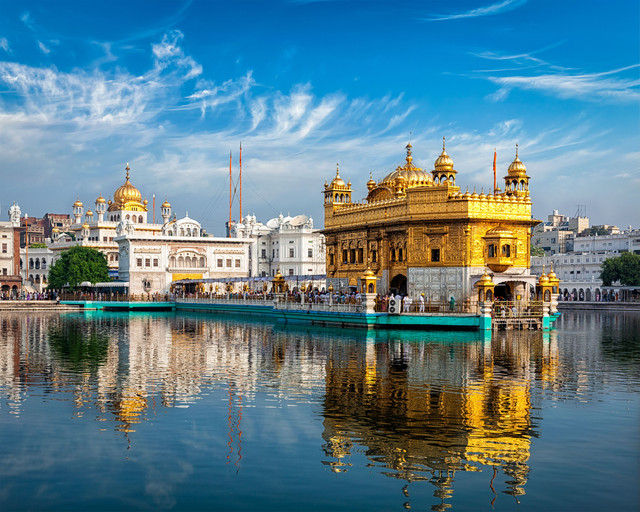 Sri Harmandir Sahib is one of the famous gurdwara in punjab, India. The official name of Sri Harmandir Sahib is Golden Temple the holiest Gurdwara of Sikhism. It is in the city of Amritsar, Punjab, India Harmandir Sahib complex is also home to the Akal Takht, one of five takhts of the Sikh religion in India. Maharaja Ranjit Singh, the leader of the Sikh empire, is believed to have initiated the construction in the 19th century. The rest of the temple complex is built with white marble and also inlaid with precious and semi-precious colourful stones to create motifs, the pietra dura technique has been used. 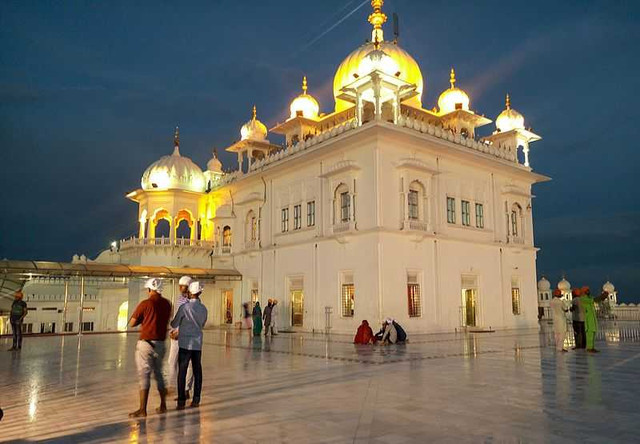 Sri Anandpur Sahib is one of the most important sacred places of the Sikhs. The city is a pilgrimage site in Sikhism located on National Highway Kiratpur Sahib and Chandigarh to Nangal, Una and further Kangra, Himachal Pradesh. Rupnagar is surrounded by picturesque natural scenery, with the river Sutlej in the lower Himalayas. 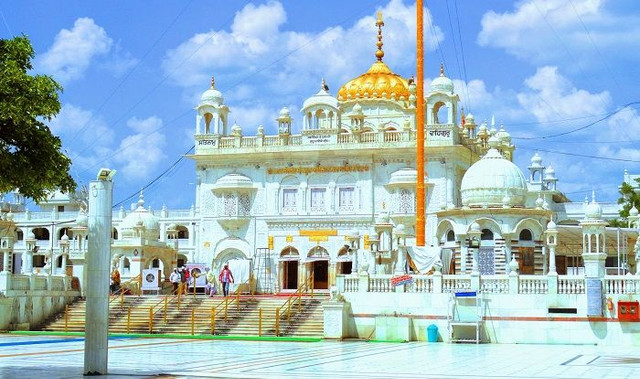 Takht Sri Patna Sahib was built in remembrance of the birthplace of Guru Gobind Singh Ji is a religious place for Sikhs and is located on the banks of the holy Ganga River, situated in Patna city which is also the capital of Bihar state.It was built by Maharaja Ranjit Singh in his reign, the first Maharaja of the Sikh Empire.

Bangla Sahib Gurdwara is one of the most prominent Sikh gurdwara for worship in Delhi. Bangla Sahib was originally a bungalow belonging to Raja Jai Singh, known for its association with the eighth Sikh Guru, Guru Har Krishan, as well as the holly river inside its complex, known as the "Sarovar". It is situated near Connaught Place, New Delhi. 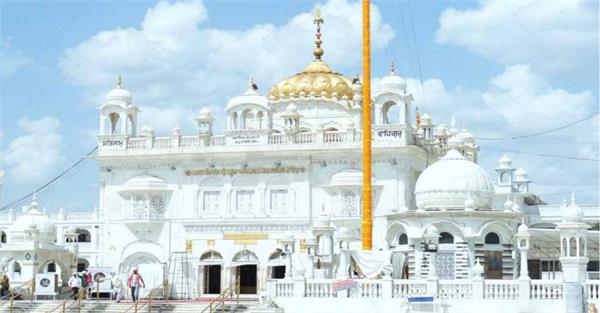 Hazur Sahib Nanded is one of the five takhts in Sikhism,built at the place of death of Guru Gobind Singh is the principal Sikh shrine at Nanded in Maharashtra state. 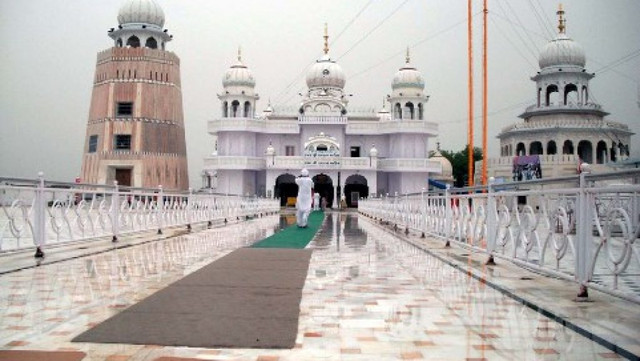 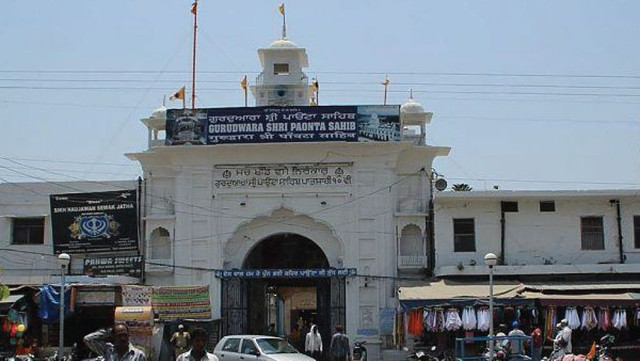 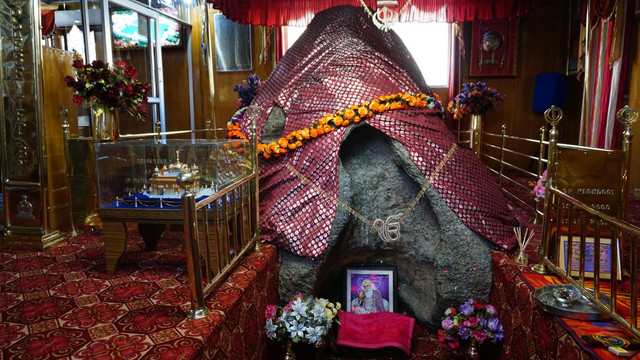 Gurdwara Pathar Sahib is constructed in the memory of Guru Nanak Ji is one of the most beautiful Gurudwara Just 20 Kms away From Entering The Leh City in the the Ladakh region of India, and listed the Mool Mantra on a plain white board, root verse from Guru Granth Sahib at right the entrance of the Gurudwara. The Gurudwara Pathar Sahib was built and is maintained by the Indian Army Jawans Doing 24 hrs Sewa Chai and langar. 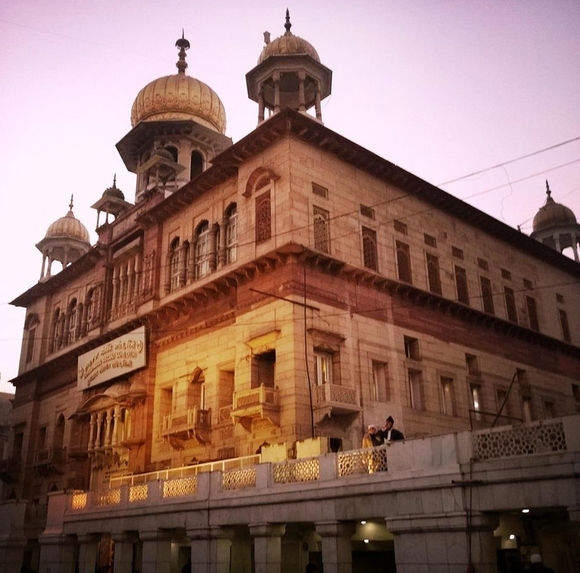 Gurdwara Sis Ganj Sahib is one of the nine historical Gurdwaras in Delhi is built at the site in the Chandni Chowk area of Old Delhi. Where the revered ninth Sikh Guru, the Mughal emperor Aurangzeb for refusing to convert to Islam, Before his body could be quartered further disrespected and exposed to public view. Guru Tegh Bahadur was beheaded on Wednesday November 24 1675 Guru's disciples Lakhi Shah Vanjara who then set his home alight to cremate the Guru's body. 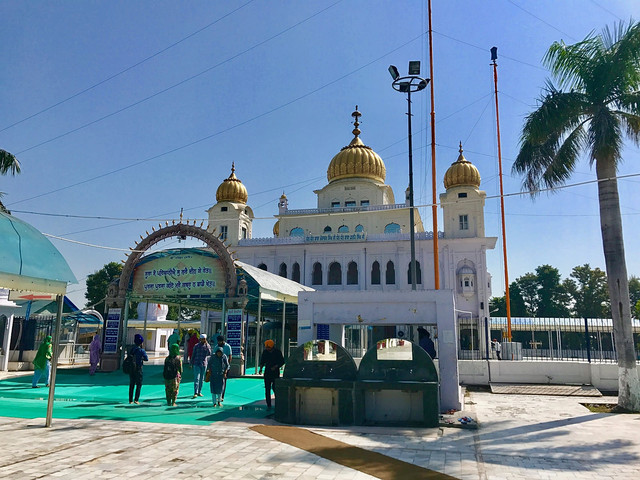 Fatehgarh Sahib is popular place of Sikh gurdwara in the city of Fatehgarh Sahib, Punjab. Gurdwara Fatehgarh Sahib is a complex consisting of several important shrines or Gurdwaras where two youngest sons of Guru Gobind Singh Ji, 7 year old Fateh Singh and 9 year old Zorawar Singh were betrayed by their cook and servant to the Mughal army, seized asked to convert into Islam and they were buried alive under the orders of Wazir Khan when they refused.

My first trip was started from Delhi to Katra the holy place Mata Vaishno Devi..

Is coronavirus could be enormous impact on the travel industry

Since first being identified in late-2019...

First you reached at katra you looking forward for...

How to make delicious momos at home in quarantine days.